And Adam said: “This is now bone of my bones and flesh of my flesh;

She shall be called Woman, because she was taken out of Man.”

Therefore, a man shall leave his father and mother and be joined to his wife,

and they shall become one flesh.

And they were both naked the man and his wife,

and were not ashamed.

Today we will return to God’s creation of the man and the woman. You will recall that the man was created by the hand of God from the dust of the ground. You will also recall that God caused a deep sleep to fall upon Adam, and then God took a rib and formed the woman from the rib and brought her to the man.  We now see Adam’s delight as he exclaims that the woman is bone of his bones and flesh of his flesh.  He then names her, giving her an identification: She shall be called Woman because she was taken out of Man.

It is again important to note that God never intended the man and the woman to function as two separate individuals.  From their very creation to the naming of the woman, we can see they were intended to be one.  But let us continue in the Scriptures to further understand this truth.  Clear instruction is now given that a man shall leave his father and mother and be joined to his wife, and they shall become one flesh.  Again, we see there was no intent in the creation of the man and the woman for them to function as two distinct individuals.  There were to be joined into one flesh.

There are two simultaneous steps taken as two people get married.  First, they must leave. The word leave means: to loosen, to relinquish, to depart from, to forsake. They must leave their individual families as their primary relationships.  Secondly, they must cleave – be joined one to another.  The word joined actually means: to stick to, to cling to, to adhere to, to stay close to.

And as Adam and his wife were joined into one flesh, we find that they were naked and were not ashamed.  There we find the beautiful culmination of God’s creation of the man and the woman.  Together they were one flesh, not ashamed, and in perfect harmony! What a beautiful picture! And remember, as God looked at His creation, He declared it to be very good.  His perfect design was complete! All designed according to His great wisdom!

But there is so much truth to be found in this passage that I wonder if we could ever reach the depths and heights of it all. In Matthew 19 and Mark 10, we find the Pharisees coming to Jesus to ask a controversial question, hoping to divide the followers of Jesus.  They ask Him about divorce.  Rather than answer their question directly, He brings them back to the truth found in the Creation.  He answers them by saying: Have you not read that He who made them at the beginning made them male and female? And He said: For this reason, a man shall leave his father and mother and be joined to his wife, and the two shall become one flesh.  So then, they are no longer two, but one flesh. Therefore, what God has joined together, let not man separate.

From Jesus’ words we can see several important truths.  First, the truths found in Genesis 2 regarding the man and the woman apply to every married couple.  Jesus makes that application here as He goes back and quotes God’s intentions from the Creation. He establishes that each of those truths are still true today.  Next, notice what He says: What God has joined.  What God has joined! When a man and woman are joined in marriage, it is God that joins. That is why He can declare with authority: What God has joined, let not man separate! God intends a marriage to be permanent, for He is the One who has joined a husband and wife, and not we ourselves!

We will look at the one flesh union again in our next writing, but for now, let us continue to think upon the truths set before us – God designed a husband and wife to leave their individual families and be joined by Him into one flesh. No longer two, but one!

As of this writing, my husband and I have been married almost 40 years. We had a church wedding, and these verses were read at our wedding, as they may have been at yours.  But I had absolutely no idea of the truth of these verses.  David and I entered our marriage as two individuals, and quite honestly, we continued in our marriage as two individuals.  Certainly, there was the physical, intimate oneness, and even a friendship, but our lives were still very independent of one another.  He had his ways; I had mine. He had his job; I had mine.  He had his schedule; I had mine.  I suppose you can understand why I said we were still two individuals. It actually never entered my mind that God intended us to function as one.  And I wouldn’t have even known where to begin. I’m sure my beginning would have been to get him to come over to my ways. But God had much higher, bigger, and better plans than I could ever have had.

He began to teach me about one flesh, bone of his bones, flesh of his flesh, and spiritual truth I had never known in my life.  The journey continues … 40 years of marriage … still learning to be one flesh with my husband … all to the glory of God!

There are no quick fixes, nor easy answers, but we will talk more about that next time!

So, Until Next Time:

Spend time thinking on these truths from the Word of God:

Bone of my bones

Flesh of my flesh

The importance of leaving father and mother

The importance of cleaving to your spouse

The necessity of becoming one flesh

Naked and not ashamed

What God has joined together

Lots of truth to meditate on and pray through!

Every wise woman – seeks God’s wisdom for her life!

So then, they are no longer two, but one flesh.

A special note written with much love:  If you are struggling in your marriage or find yourself as a divorcee, please don’t leave truth.  We are just beginning this journey, and God has wonderful answers in His Word that only He can open up to you.  Don’t give up!  Keep seeking Him! He has a perfect plan for your life, and He is faithful to His children! 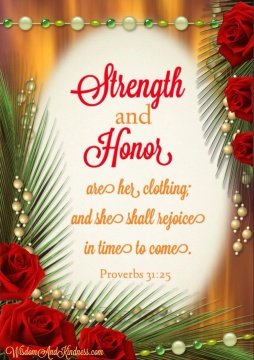 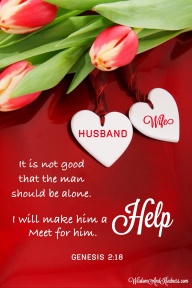 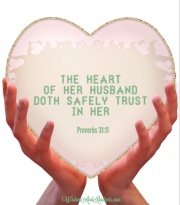 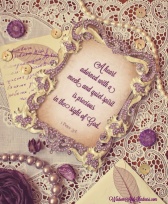 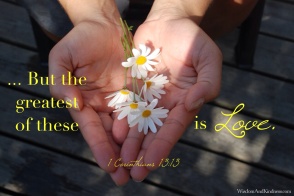 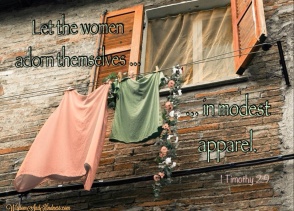 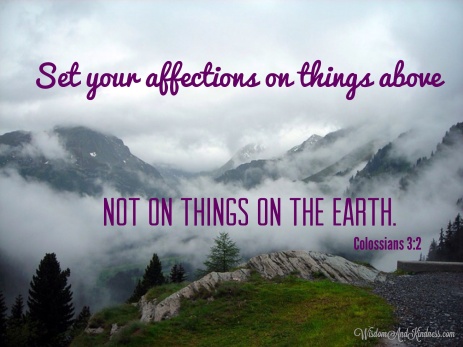 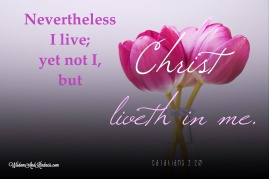